Article 2 Quotations and offers
1 All quotations and offers from the User are without obligation, unless a deadline for acceptance has been set in the offer. A quotation or offer expires if the product to which the quotation or offer relates is no longer available in the meantime.
2 User can not be held to his offers or offers if the Counterparty can reasonably understand that the quotations or offers, or any part thereof, contain an obvious mistake or error.
3 The prices stated in a quotation or offer include VAT and other government levies as well as any costs to be incurred in the context of the agreement, including travel, accommodation, shipping and administrative costs, unless otherwise indicated.
4 If the acceptance (whether or not on minor points) deviates from the offer included in the quotation or the offer, the User is not bound by it. The agreement will then not be concluded in accordance with this deviating acceptance, unless User indicates otherwise.
5 A composite quotation does not oblige the User to perform part of the assignment against a corresponding part of the stated price. Offers or quotations do not automatically apply to future orders.

Article 5 Force majeure
1. The User is not obliged to fulfill any obligation towards the Counterparty if he is prevented from doing so as a result of a circumstance that is not due to fault, and neither under the law, a legal act or generally accepted for his account. coming.
2. Force majeure is understood in these general terms and conditions, in addition to what is understood in the law and jurisprudence, all external causes, foreseen or not foreseen, on which the User can not exert influence, but as a result of which the User is unable to fulfill his obligations. to come. User also has the right to invoke force majeure if the circumstance that prevents (further) performance of the agreement occurs after User should have fulfilled his obligation.
3. During the period that the force majeure lasts, User can suspend the obligations from the agreement. If this period lasts longer than two months, then each of the parties is entitled to dissolve the agreement without any obligation to compensate the other party for damage.
4. If at the time of the occurrence of force majeure the User has in the meantime partially fulfilled his obligations under the agreement or will be able to fulfill them, and the part that has been fulfilled or to be fulfilled will be assigned independent value, the User will be entitled to comply with the already fulfilled or to be fulfilled. part of invoicing separately. The Other Party is obliged to pay this invoice as if it were a separate agreement.

Article 6 Payment and collection costs
1. Payment must always be made via ideal or in advance via a bank transfer, in a manner to be indicated by User in the currency in which is invoiced, unless otherwise indicated by User in writing.
2. If the Counterparty remains in default in the timely payment of an invoice, then the Counterparty is legally in default. The Counterparty will then owe an interest. In the case of consumer purchase, the interest rate is equal to the statutory interest. In other cases, the Other Party owes interest of 1.5% per month, unless the statutory interest is higher, in which case the statutory interest is due. The interest on the due and payable amount will be calculated from the moment the other party is in default until the moment of payment of the full amount due.
3. The User is entitled to have the payments made by the Other Party go first of all to reduce the costs, subsequently to reduce the interest still due and finally to reduce the principal sum and the current interest.
4. User can, without being in default, refuse an offer of payment if the Other Party designates a different order for the allocation of the payment. The User can refuse full payment of the principal sum if the vacant and current interest and collection costs are not also paid.
5. Objections to the height of an invoice do not suspend the payment obligation.
6. If the Other Party is in default or omission in the (timely) fulfillment of its obligations, then all reasonable costs incurred in obtaining payment out of court are at the expense of the Other Party. The extrajudicial costs are calculated on the basis of what is currently customary in Dutch debt collection practice, currently the calculation method according to Rapport Voorwerk II. If, however, the User has incurred higher costs for collection that were reasonably necessary, the costs actually incurred will be eligible for reimbursement. Any legal and execution costs incurred will also be recovered from the Other Party. The Other Party also owes interest on the collection costs due.

Article 7 Retention of title
1. All goods delivered by the User in the context of the agreement remain the property of the User until the Other Party has properly fulfilled all obligations arising from the agreement (s) concluded with the User.
2. Goods delivered by the User that fall under the retention of title pursuant to paragraph 1 may not be resold and may never be used as a means of payment. The Other Party is not authorized to pledge the items that fall under the retention of title or to encumber them in any other way.
3. The Counterparty must always do everything that can reasonably be expected of him to secure the property rights of the User.
4. If third parties seize goods delivered under retention of title or wish to establish or assert rights thereon, then the Other Party is obliged to immediately inform User of this.
5. The Counterparty undertakes to insure the goods delivered subject to retention of title and to keep them insured against fire, explosion and water damage as well as against theft and to provide the policy of this insurance to the User for inspection at the first request. In the event of a payment of the insurance, the User is entitled to these tokens. As far as necessary, the Counterparty undertakes towards the User in advance to grant its cooperation to everything that may prove necessary or desirable in that context.
6. In the event that User wishes to exercise his property rights as referred to in this article, the Other Party shall grant unconditional and non-revocable consent to User and third parties to be designated by the User to enter all those places where the User’s property is located and those items to take back.

1. User guarantees, with due observance of the restrictions mentioned in these general terms and conditions, the soundness of the articles delivered by her provided that her instructions with regard to the use of the articles have been strictly followed and there is a (in the branch) normal use. The guarantee commences on the day of delivery of the articles, at least on the day the User reports that articles are ready for delivery. The warranty period expires 3 months later.

This warranty is limited to:

– defects that have arisen within the warranty period and have also been reported to User within that period;

– manufacturing defects and therefore does not include damage as a result of wear and tear, improper, careless or inexpert use or inadequate treatment, handling, maintenance and storage;

– deliveries to the other party within the EU;

This warranty is void:
– in the case of operations, changes or changes by a party or a third party to or from the delivered goods;

– when used for a purpose other than that indicated or an abnormally high frequency of use;

3. If a claim falls under the guarantee in time, the User will, at its option, perform again by delivering new items, or repair the defects, or take back the goods under crediting the (purchase) price. Any transport and shipping costs are at the expense of the other party.

4. Warranty is only provided on delivered materials, but not on wages, hours or additional costs, these are at the expense of the client.

5. In case of unjustified complaints, the User is free to charge the costs of research to the client.

6. Discounted items are not covered by the warranty.

7. As long as the other party does not fulfill his obligations arising from the agreements concluded by the parties, he can not invoke this guarantee provision.

Article 9 Liability
1. If User is liable, then this liability is limited to what is regulated in this provision.
2. User is not liable for damage, of whatever nature, caused because User has assumed incorrect and / or incomplete information supplied by or on behalf of the Other Party.
3. User is only liable for direct damage.
4. Direct damage is exclusively understood to mean:
– the reasonable costs for determining the cause and extent of the damage, insofar as the determination relates to damage within the meaning of these conditions;
– any reasonable costs incurred in order to have the defective performance of the User comply with the agreement, as far as these can be attributed to the User;
– reasonable costs incurred to prevent or limit damage, insofar as the Other Party demonstrates that these costs have led to the limitation of direct damage as referred to in these general terms and conditions.
5. User is never liable for indirect damage, including consequential damage, loss of profit, missed savings and damage due to business or other stagnation. In the case of consumer purchase, this restriction does not extend beyond that which is permitted pursuant to Section 7:24 paragraph 2 of the Dutch Civil Code.
6. If User is liable for any damage, the User’s liability is limited to a maximum of three times the invoice value of the order, at least to that part of the order to which the liability relates.
7. The User’s liability is in any case always limited to the amount of the payment from his insurer, if applicable.
8. The limitations of liability included in this article do not apply if the damage is due to intent or gross negligence of User or his managerial subordinates.

Article 11 Risk transition
1. The risk of loss, damage or depreciation is transferred to the Other Party at the time when goods are brought under the control of the Other Party.

Article 12 Indemnity
1. The Other Party indemnifies the User against any claims from third parties that suffer damage in connection with the performance of the agreement and whose cause is attributable to others than the User.
2. If the User should be held liable by third parties for this reason, then the Other Party is obliged to assist User both in and out of court and to immediately do everything that may be expected of him in that case. If the Other Party fails to take adequate measures, then User is entitled to proceed to it himself, without notice of default. All costs and damage on the part of the User and third parties as a result thereof are fully for the account and risk of the Other Party.

Article 13 Intellectual property
1. The User reserves the rights and powers that accrue to him on the basis of the Copyright Act and other intellectual laws and regulations. The User has the right to use the knowledge gained through the execution of an agreement for other purposes, insofar as no strictly confidential information of the Other Party is brought to the knowledge of third parties.

Article 14 Applicable law and disputes
1. All legal relationships to which the User is a party are exclusively governed by Dutch law, even if an obligation is fully or partially executed abroad or if the party involved in the legal relationship is domiciled there. The applicability of the Vienna Sales Convention is excluded.
2. The parties will first appeal to the court after they have made every effort to settle a dispute by mutual agreement. 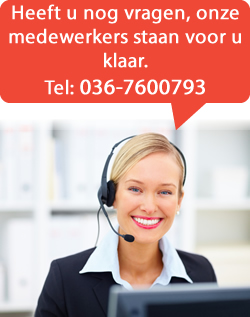